My independent research in the fields of astrology, meditation, and occultist theory spans 40-years. My academic research in analytical philosophy commenced in 2010 as undergraduate at Birkbeck where I majored in Political Philosophy, and continued onto MPhil Research at University of Glasgow to research parallels in Buddhism and neuroscience. Writing academically both papers proved dense and not readily accessible to non-specialist academics which troubled me and led me to seek out other ways to research and render philosophy inquiry. During this period my work presented at University of Arizona led Towards a Science of Consciousness Conference in Helsinki, Finland (2015) and The Royal College of Psychiatrists Congress, Edinburgh (2017). First I turned to poetry, particularly the Modernists such as Yeats, Cage, Pound, Stein, and theatre, delving into Dada, Theatre of The Absurd, Post Dramatic theatre, and  Devised Theatre. My written dissertation proposed a new perspective on W.B. Yeats' play, The Herne's Egg (1937) based upon the Major Arcana of the Tarot Card (Rider Waite Deck). My performance piece turned Freud's psychoanalysis on its head, proposing the synthetic basis of analytical logic as its own limitation. Both projects received distinctions. During my time at Sheffield it became clear to me that action and performance is critical to academically understanding and conveying the nature of consciousness and the cosmos, and with it conceptual freedom, suffering, and death. Inhabiting conceptual and other animate states (and totems) is central to Eastern and esoteric philosophy and meditation practices and pushed to its limits in tantric and Vajrayana Tibetan Buddhist meditation and yoga practices. The link between performance and human transformation stretches to every aspect of being human and concentrates and intensifies in all creative practices. Convincing me of the necessity for academic research to be a practice led endeavour and alongside my independent research, in 2020 I undertook the cutting edge MA Writing program at The Royal College of Art.

Towards a Science of Consciousness, Helsinki, Finland 2015 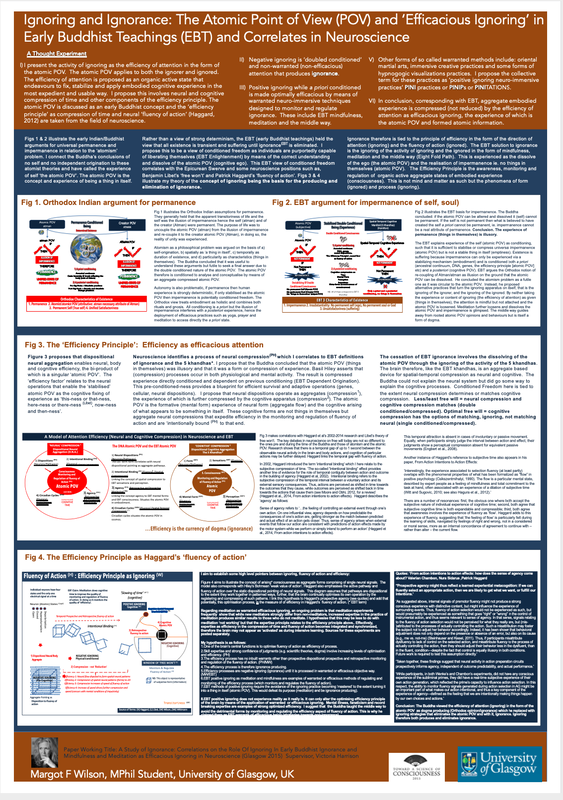 Throughout these past 40 years I have create art as paintings and sculptures. In early 2000s I traveled to Tibet and led a drawing and sculpture to Tibetan Nomad children, traveling to the rooftop of the planet. The children though never having drawn or experienced free imagination led expression, created a profound body of work that was exhibited at Spitalfield's Gallery, London with many pieces auctioned at a fundraising event at The Savoy London. The funds contributed to building nomad tent schools and the training of midwifes in remote Tibet. Observing the power of immediacy in creativity through these children led to expanding my own creative practice as moving meditation and expressive performance. A practice that quickly re-activated the bi-handed drawing method I taught myself as a child in the 1970s while watching television in the family house front room. From 2000 to 2010 my painting concentrated on the AIDS crisis and the impact of on children in poverty around the world, paintings included those of children living in the sewers of St Petersburg, Russia, and child victims of the Chernobyl Disaster. With children of my own to raise and full academic studies as well as my astrology practice in the UK and America, I closed my studio and concentrated creatively on poetry and writing.

The photographs here were all taken by nomad children of Tibet using disposable film cameras purchased at Boots chemist. 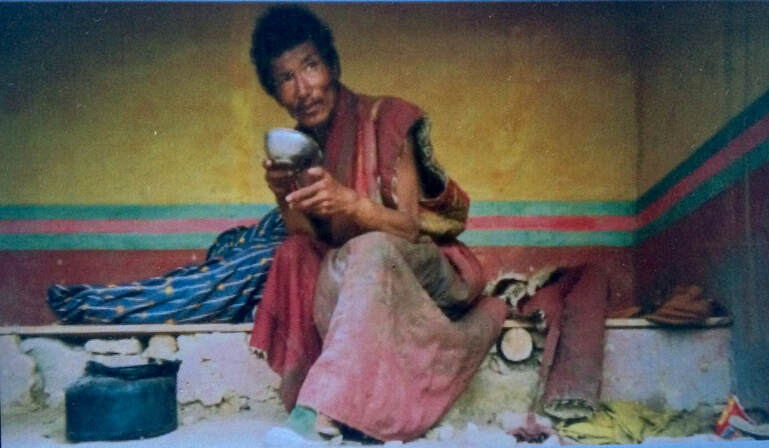 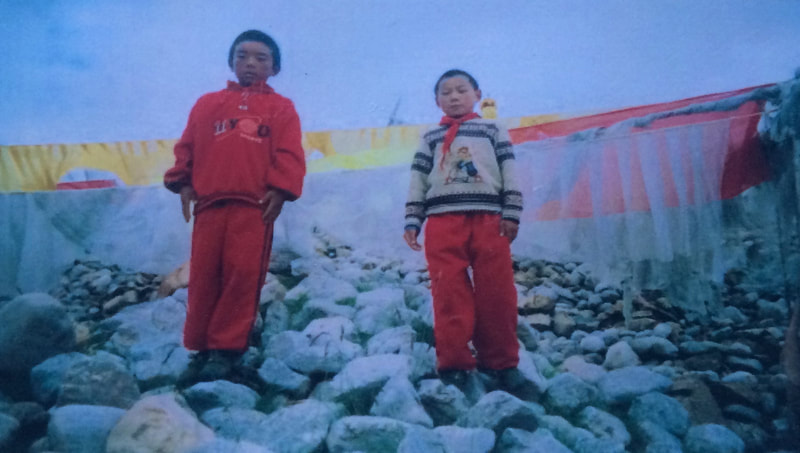 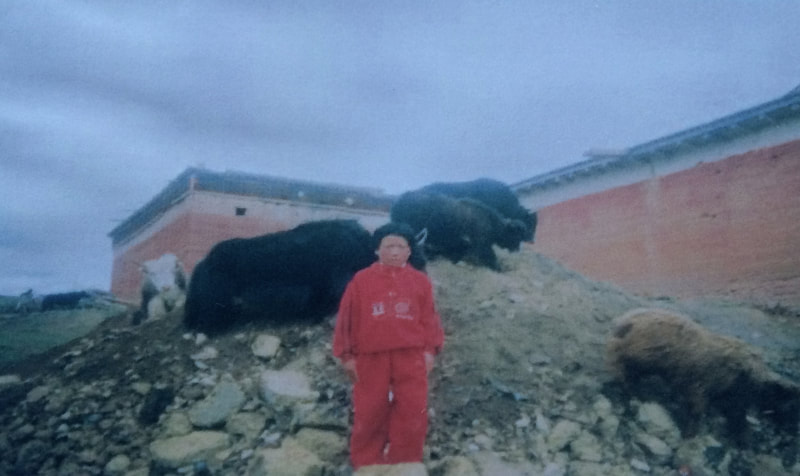 It is helpful to provide a brief chronology of my careers - after qualifying in equestrian teacher training my first career, and childhood, was steeped in my unwavering obsessive love and passion for horses. That said, other horizons beckoned and I left Scotland in the early 80s to seek out a new pathway down south. With only 4 Scottish O'Grades, two of which were attained after leaving school, I learned to type and do shorthand and immediately joined Sky Television. There I was fast-tracked to the graphics department and after a few major project was appointed Head of Studio Graphic Operations. I remained there for 3 years and though had a clear run at an ambitious career in television, I took voluntary redundancy when BSB and Sky merged. I spent 6-months in America, painting in Santa Fe in a rented adobe house in Canyon Road. I took a Greyhound Bus from Port Authority Bus Station in New York to L.A., writing poetry throughout. I traveled and painted in Canada, France, and several more times in America before joining Goldman Sachs as a bespoke training and documentation contractor. That led to being part of their Performance of Excellence Program and a key member of their migration to Microsoft. Which led to further contracts across the investment banking sector and the growth of my company, Jupitec, having offices in London, New York and Singapore. As exciting as this might seem, I had no care for commerce and its material trappings. In 2005 I bowed out, selling the business and returned to art and astrology and have continued on that vein ever since with zero regrets. Today I live on a houseboat with my partner James. We enjoy a simple life creating our work and traveling on our motorcycles.

These past 25 years have taken me all over the world in intense sabbaticals and journeying into the most arcane and what would be termed, New Age knowledge fields, taking my own meditation practices to new levels. Through these deep and devotional experimental and tradition meditation practices I devised a breathing technique that induces vivid dreaming. These dreams last only a week or so and are analysed in a unique way. Once analyzed, the material is brought to life as hypnogogic and hypnopompic visualization exercises. The success rate is phenomenal and remains a staple aspect of my client work today. My meditation practice also uses kundalini methods (as taught by Yogi Bahjan) flowing directly into my research in elevation, levitation and yogic flying. Today my research pivots around meditation, sleep, dreaming, human uprightness, non-sexual orgasm, and death. I come as these subjects through practice and theory, leading always with practice.

Returning to the Royal College of Art, my aim is to draw upon this vast repository of research to create sculpture and installation art that questions the nature of consciousness and most critical, explores the Buddhist principle of 'equanimity' as the metaphysical aspects of 'harmony and efficiency'. Combining drawing, sculpture, writing, and performance, this journey is just reaching the beginning.

For further information about my astrology and vivid dream work see my other website: 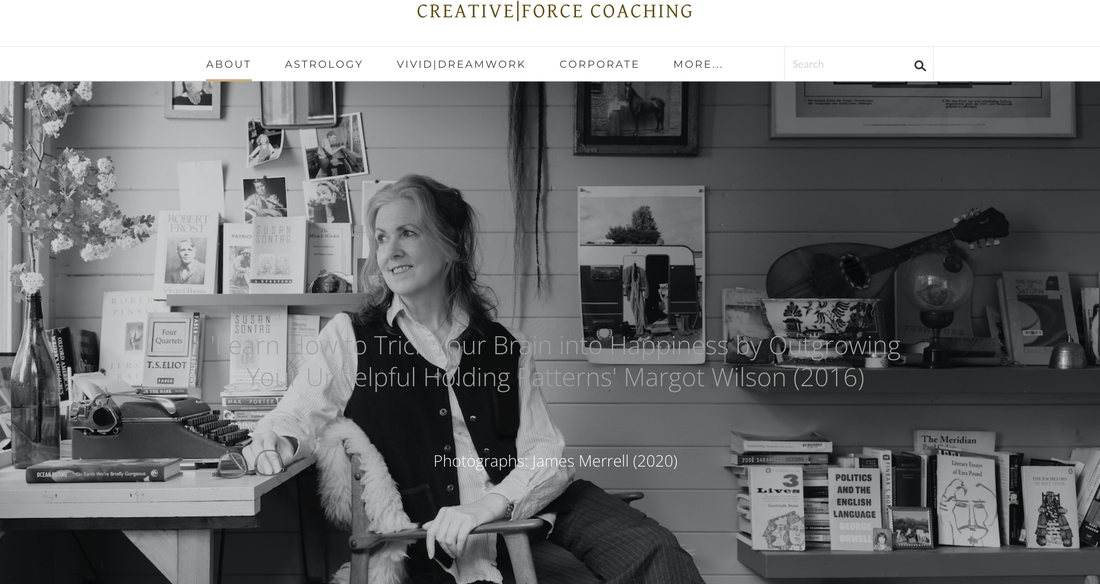