Drawing with both hands

As a Scottish child I taught myself to draw using both hands diligently copying images from my auntie’s History of Art magazines, an exquisitely printed long running series from the 1950s. While watching television during the 1970's with my parents I would use mirrors to reverse the images, turn the magazines upside-down and draw with both hands. I developed the practice during the late 90’s and early 2000s in New York and have now returned to it, attending Open Studio life drawing sessions with George Levantis at Heatherleys Fine Art School. I seek the minimal touch, I resist erasing and reforming as much as possible, preferring to work with what has emerged. This practice is about fluency and resourcefulness, examining the process of material intercourse as ink, watercolour, and graphite. I view my practice as both acts of meditation and clairvoyance, intersecting critical discernment and analysis with embodied intuition. As an astrologer of almost 40 years and starting almost every drawing and research of an artist and event with casting the chart, I am finally ready to expose my innermost practice. This I aim to do through returning to the Royal College of Art - Graduate Diploma - Fine Art. Part of this journey was developed during my two years there through writing and performance (MA Writing, RCA, 2022) 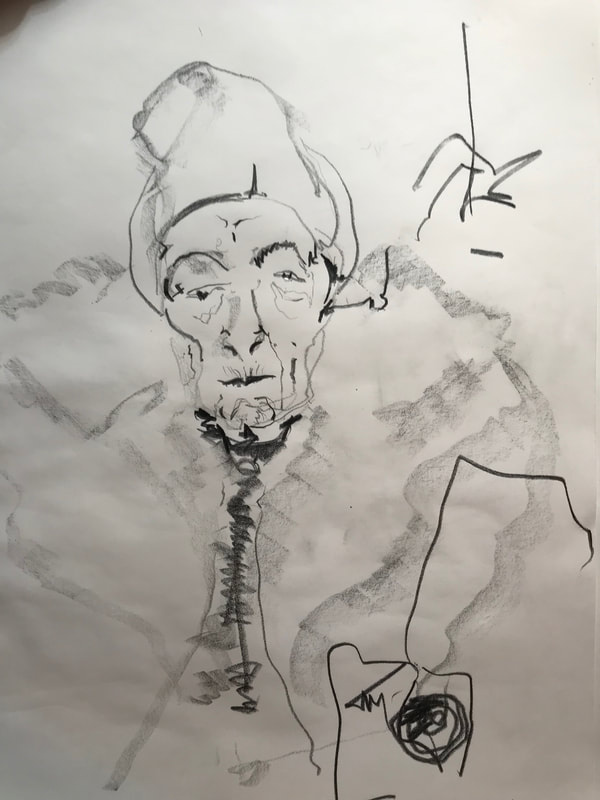 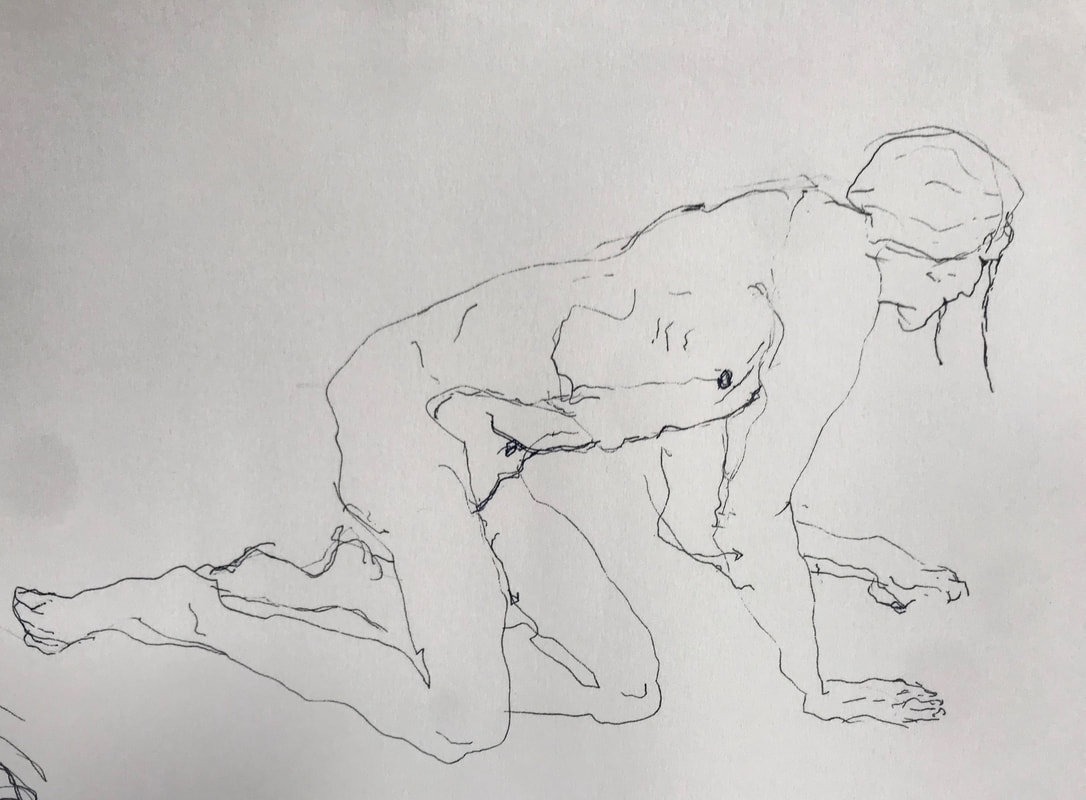 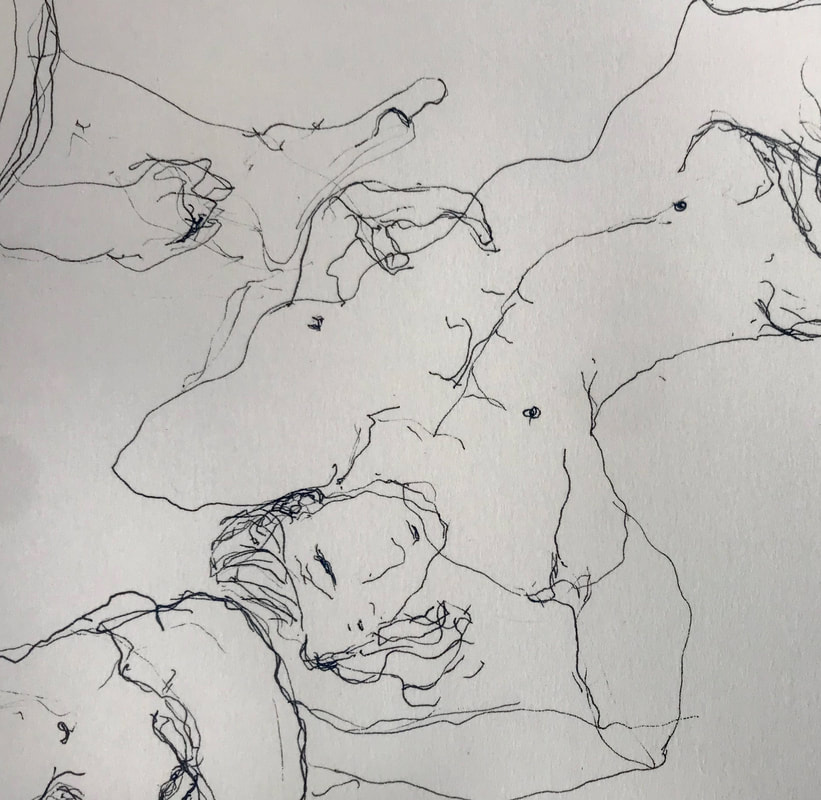 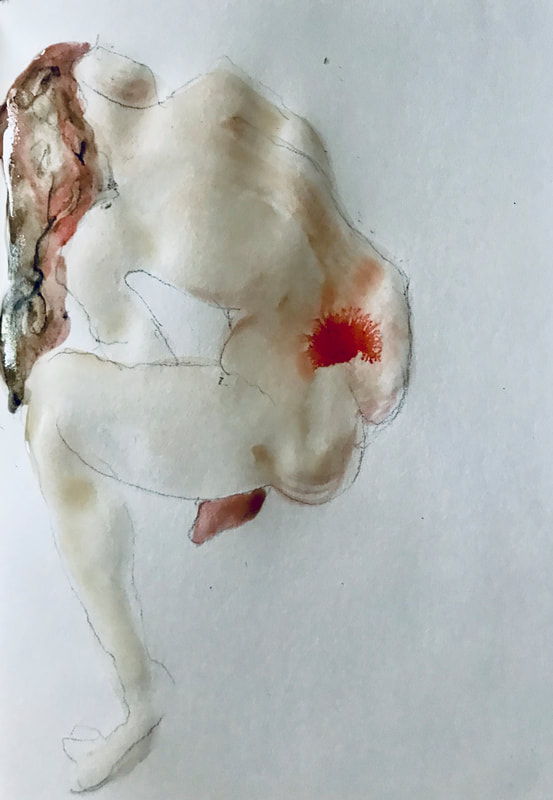 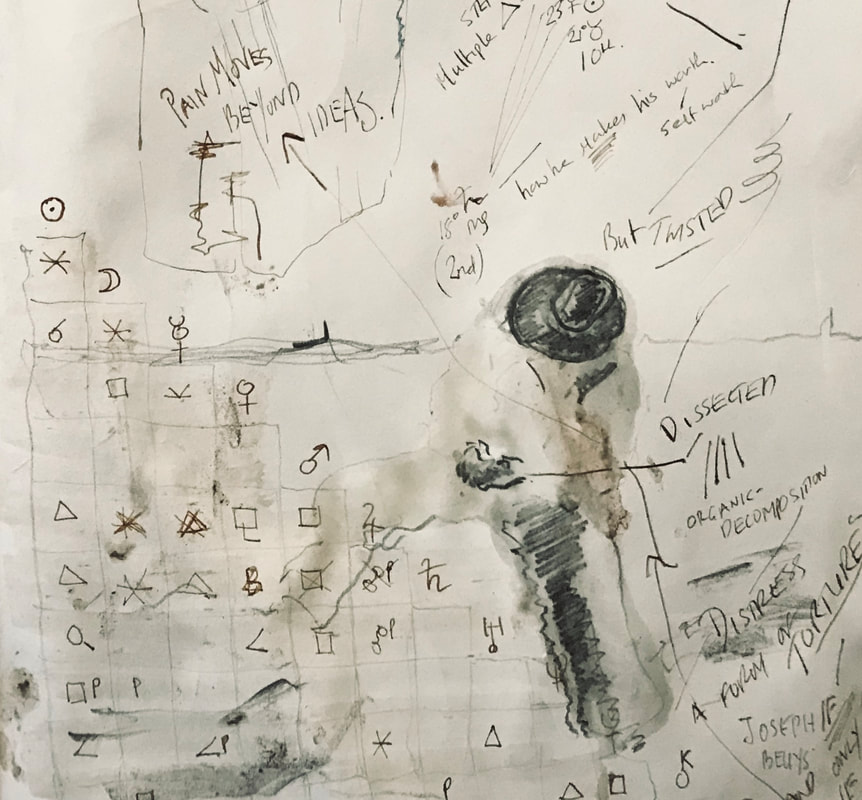 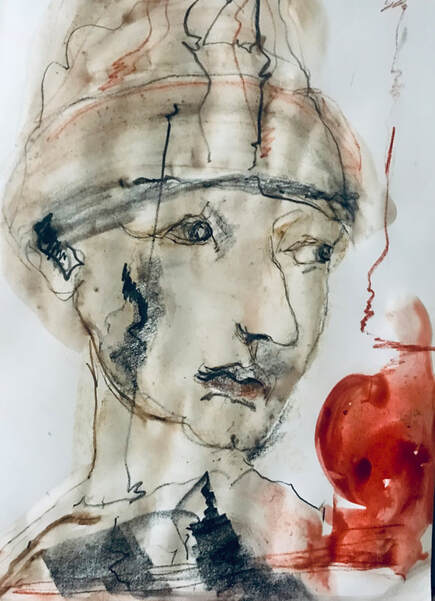 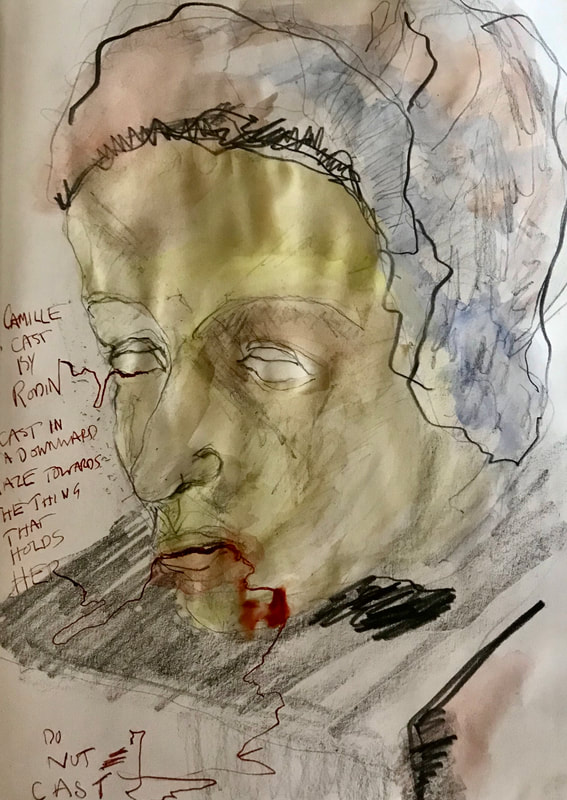 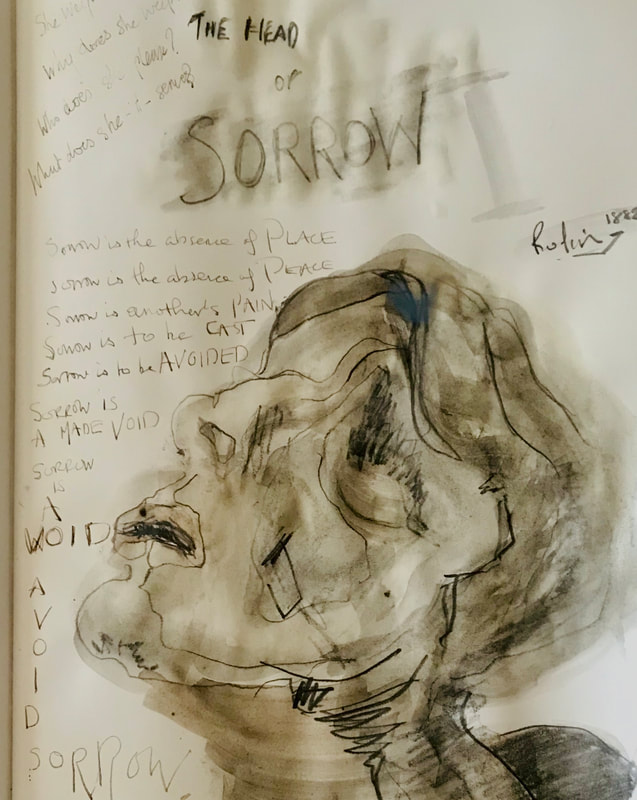 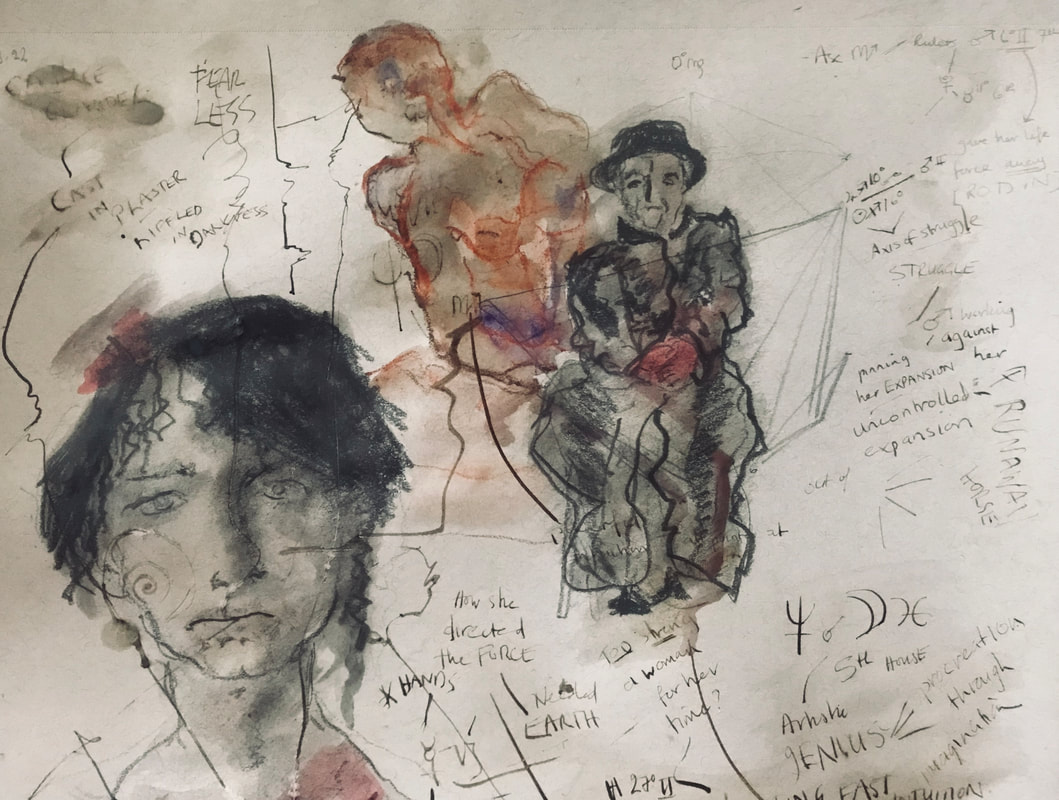 2-minutes sketches with both hands simultaneously 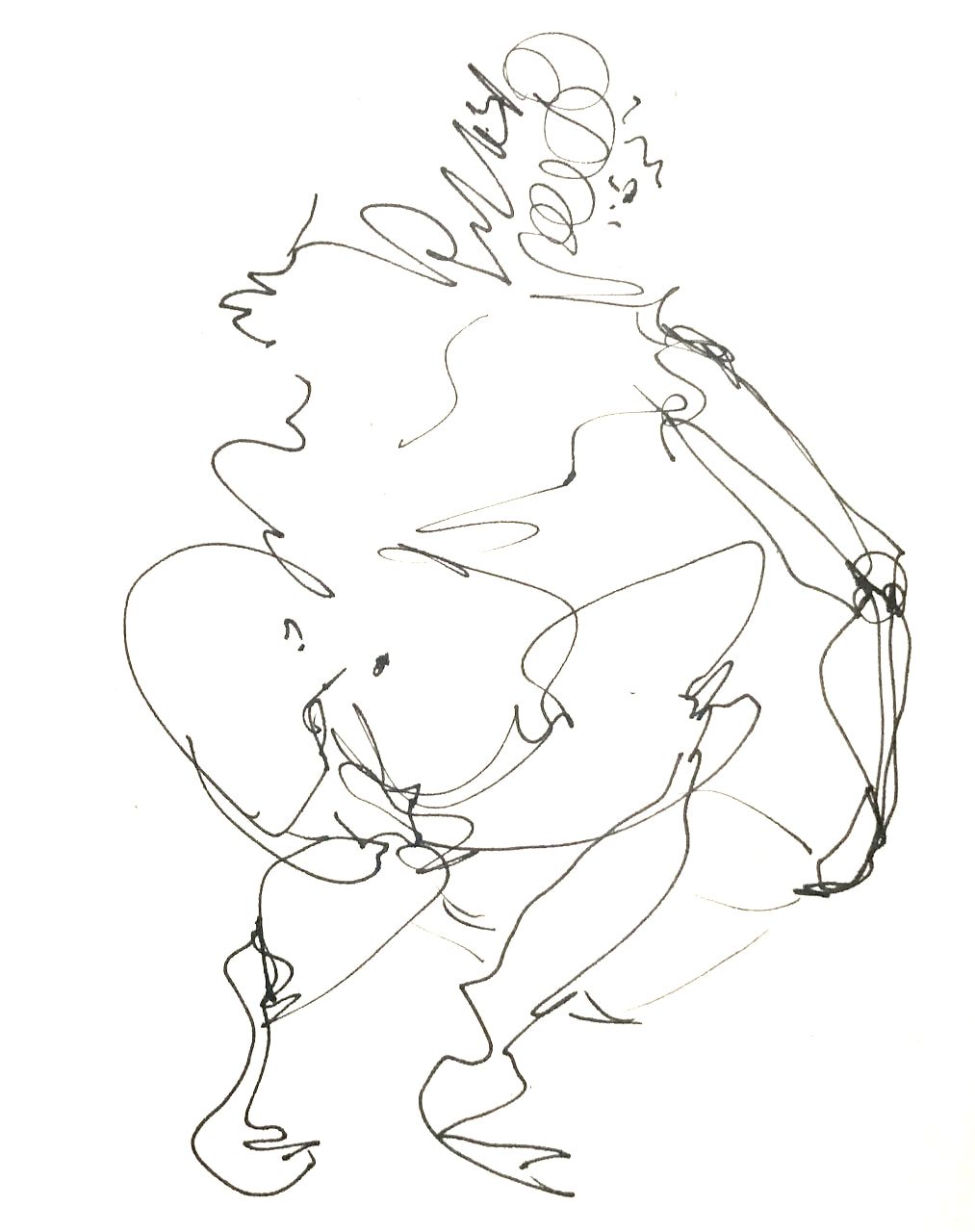 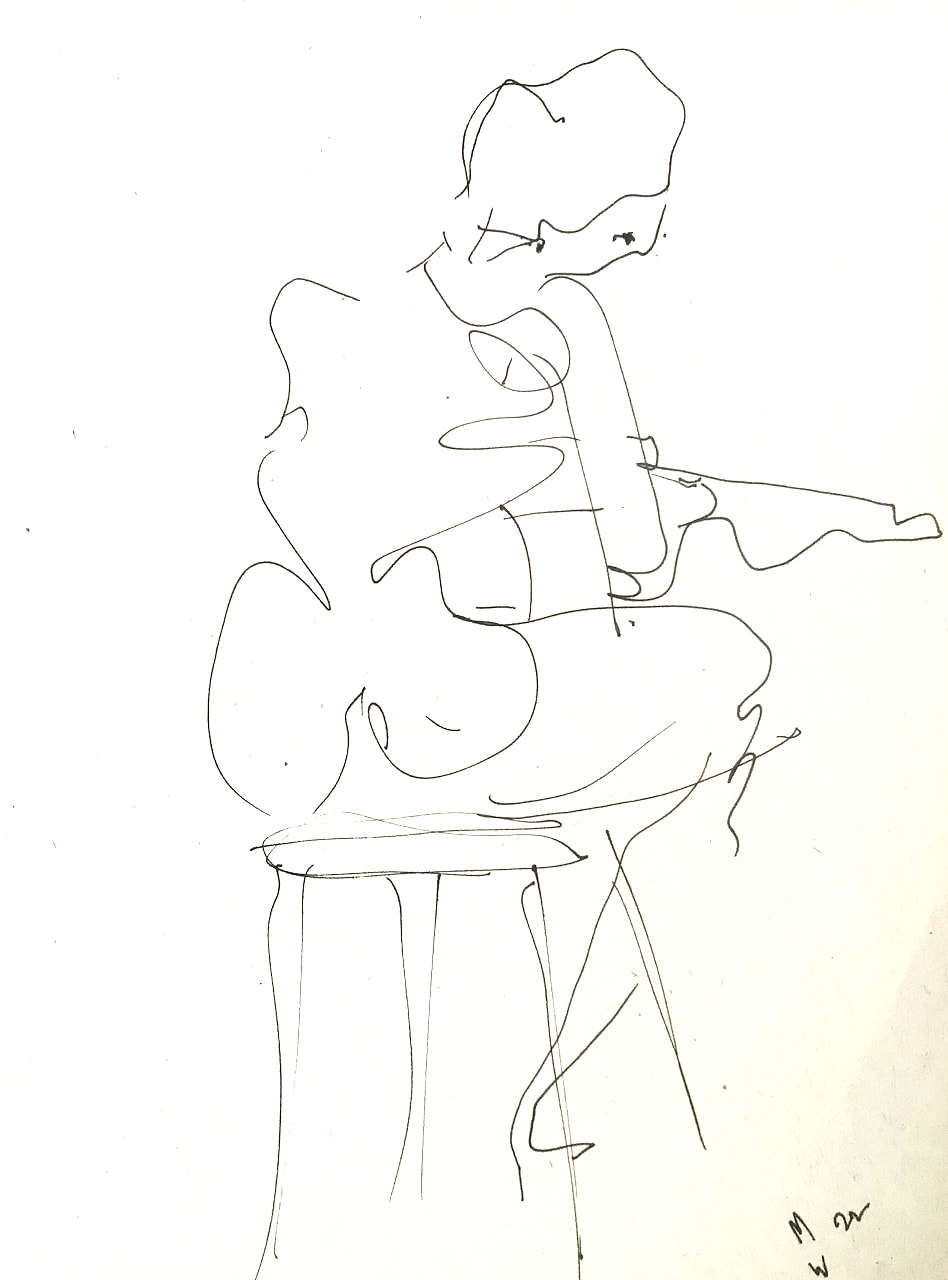 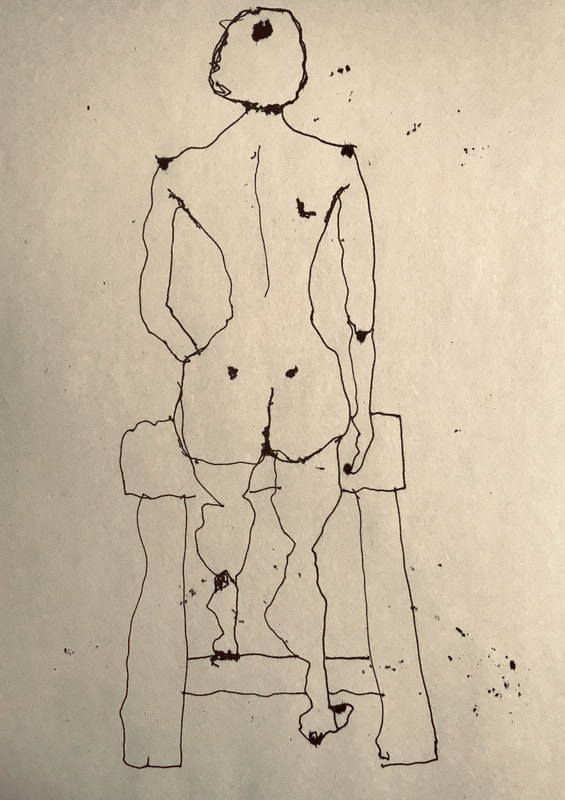 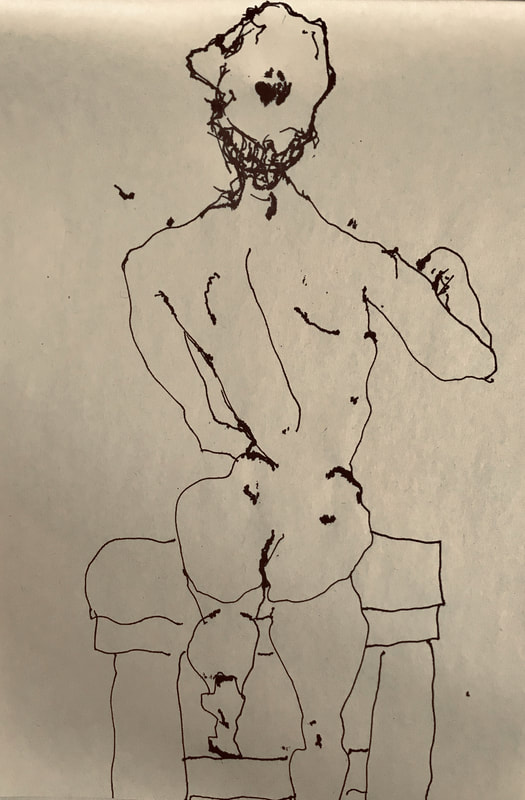 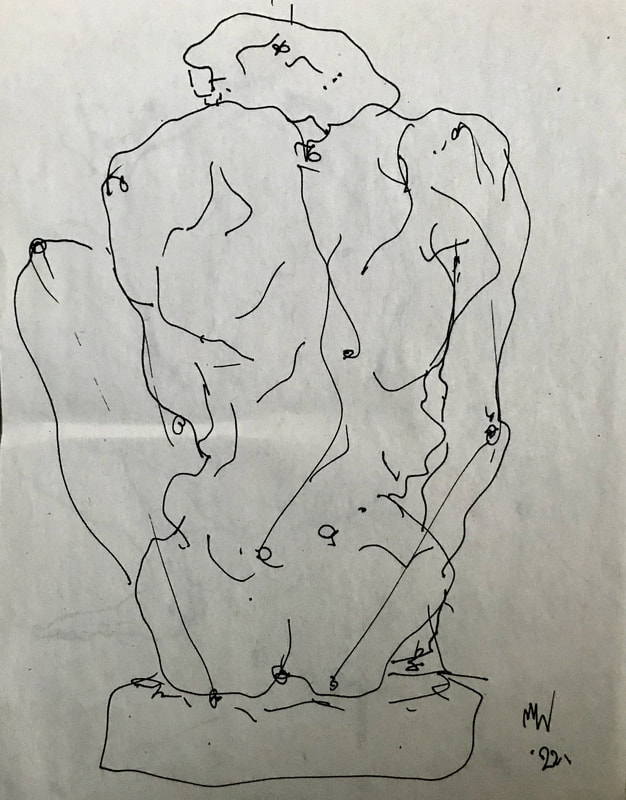 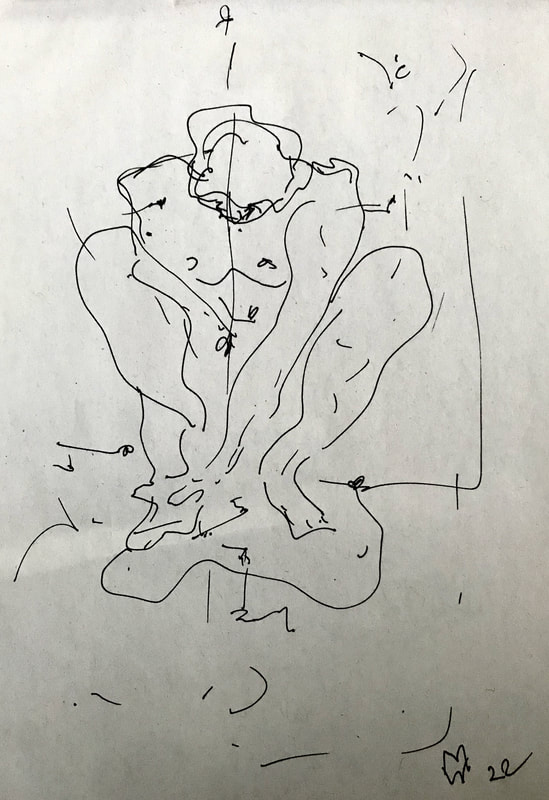 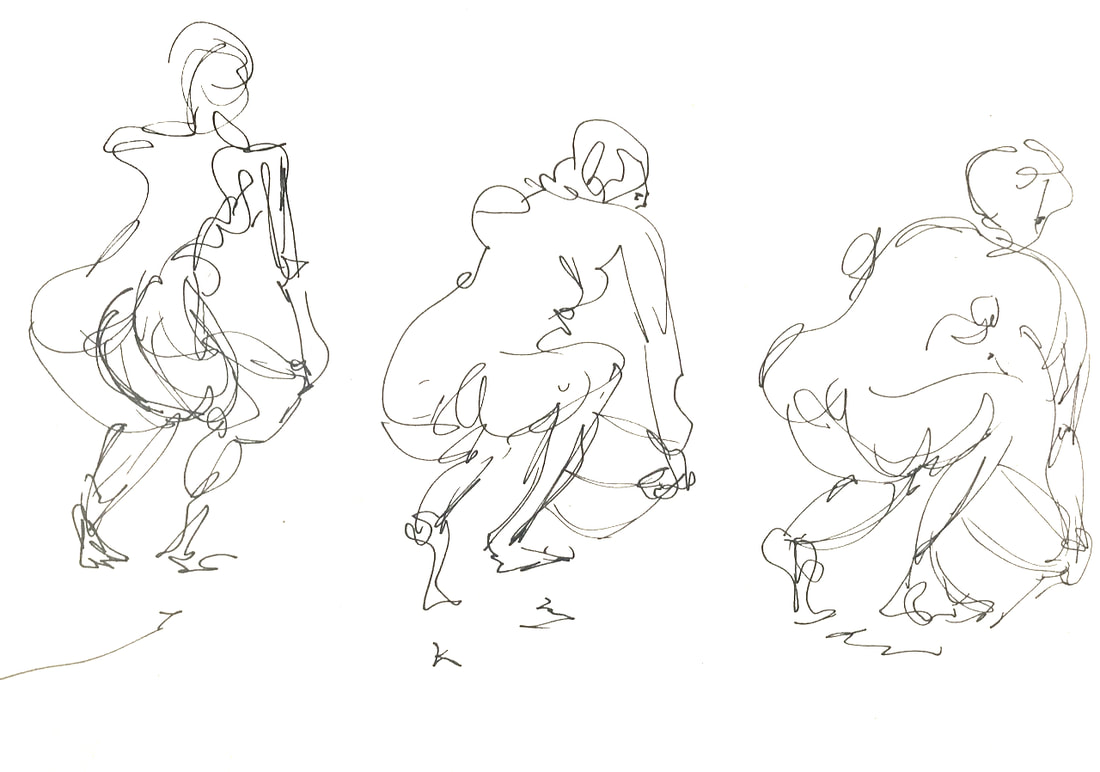 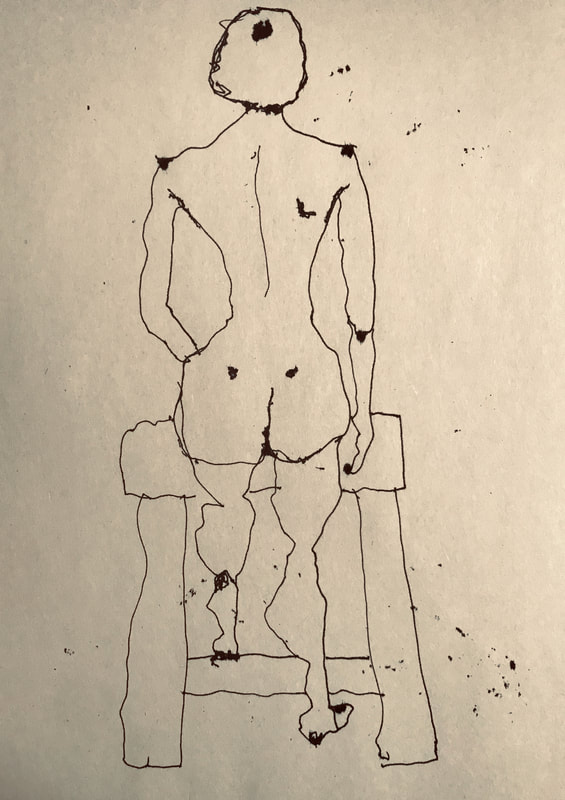 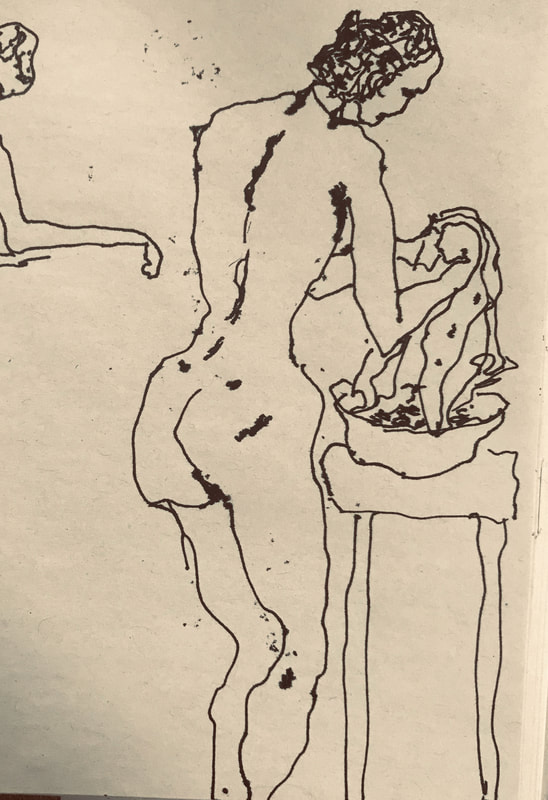 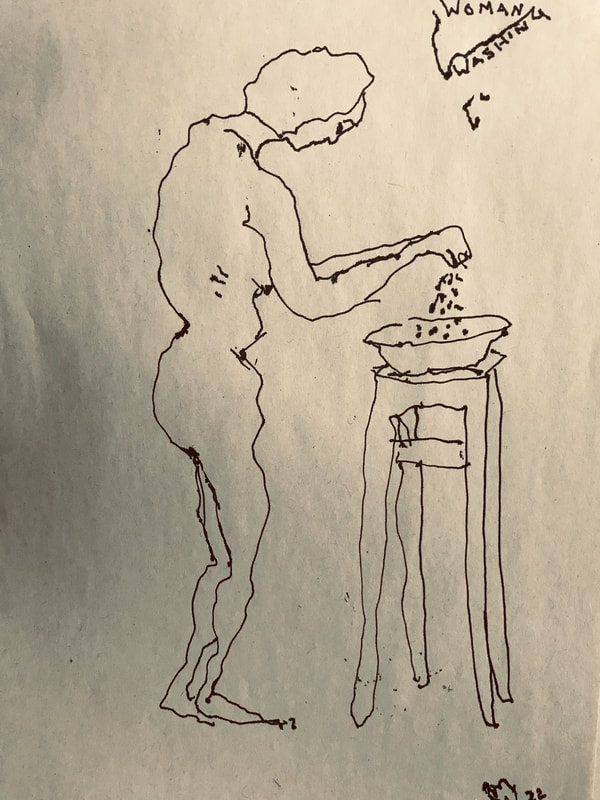 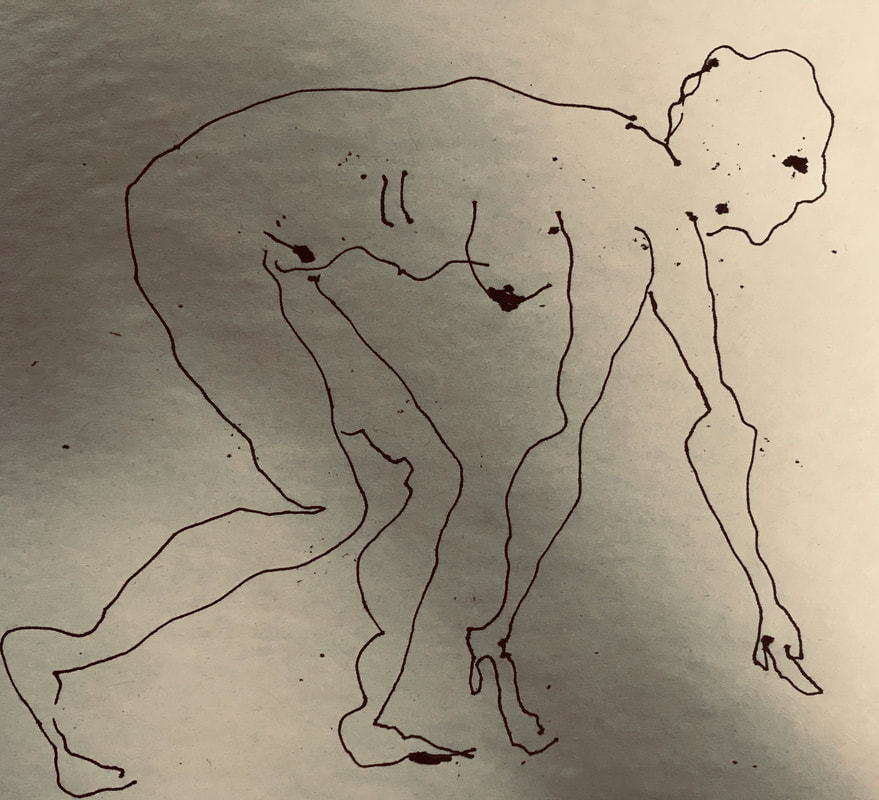 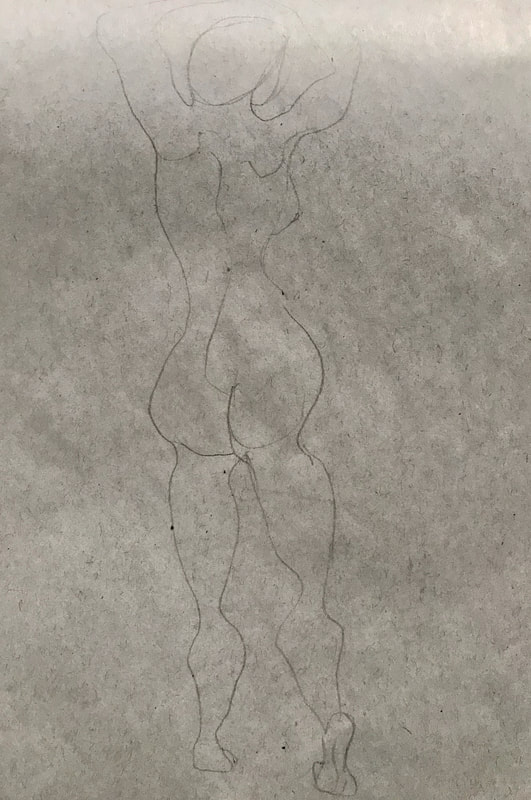